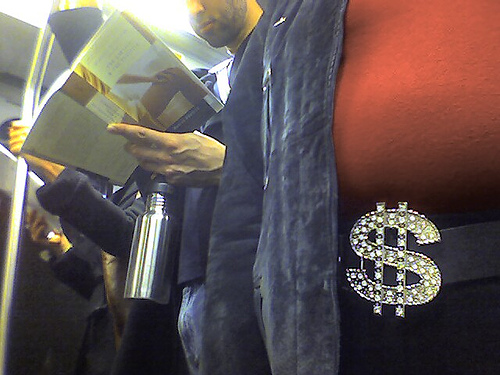 Pickle Magazine, a film industry publication based in India about all things Bollywood and now, Hollywood, recently asked producer and sales agent, Ron Lavery to interview me and ten others for its American Film Market edition. After reading all eleven interviews, it’s clear that none of us agree on what the long term and short term effects will be on the film business given the latest seismic shocks (and those to come) to the overall global economy. Here’s my take:

Lavery: How do you think the current economic situation will effect AFM business this year?

Me: The entertainment business, like most businesses runs on credit. Although there appears to be a credit thaw . . . if the financial environment gets worse or even if it continues to improve at its current pace, the credit freeze will definitely affect AFM business this year. With limited access to the credit markets, buyers will be less inclined to close deals and will have limited buying power in the short term. Over the longer term though – and I’ve already witnessed it first hand – private equity will step in to do more traditional debt financing (albeit at a premium) if the banks are unable to do so.

Lavery: Do you foresee any mergers between distribution companies?

Me: Yes. Although mergers are already a part of the overall trend towards the consolidation of the business, the current economic climate will only accelerate this process.

Lavery : Are there any news ways of financing films on the horizon?

Me: Over the last decade and longer, people have been and continue to try to build a better film financing business model as the economics of the film business shift. This process will likely [continue to] shift at a tectonic pace especially if credit remains tight, the costs of production continue to rise and equity sources dry up. With the Internet as a potentially new distribution platform with untested sources of revenue based on either a subscription model (which won’t work) and advertising (which might work if the revenues become more meaningful), Internet exploitation windows may become a more significant revenue source for producers and distributors.

This is especially true now that that the technology exists to “geo-filter” the exploitation of films on the Internet on a territory by territory basis.

Electronic sell-through of video units of films may increase the value of minimum guarantees since the Internet will allow producers to have greater access to mass markets for their films during the video exploitation window. In some cases, producers may be able to directly distribute their films without an actual distributor just as artists have in the music business, thereby saving on costs by eliminating the middleman.

What is even more interesting is that short films are rising in commercial appeal.

Long relegated to film festivals, new distribution opportunities have developed on the Internet and on mobile phone and Ipod technologies for shorts. As a consequence, producing shorts are good for business since they have lower budgets and can now attract marquee talent who view internet exploitation as a cutting edge business opportunity that provides potentially great exposure with minimal effort.

Meanwhile India, the Middle East, Eastern Europe and China will continue to be appealing places to produce films which might not provide tax credits per se but . . . increase the potential bang for the buck.

Me: While the current economic climate is adversely affecting the global economy, India is viewed by many in the entertainment business as a potential source of new financing as opposed to talent. The good news for Indian film companies is that if India is the source of financing, then there might be increased leverage to utilize Indian talent in American films.

Lavery: Any thoughts on Indian financing opportunities like the recent Spielberg-DreamWorks deal?

Me: The Spielberg-Reliance deal is viewed by many as the high water mark of Indian investment in film. The good news is that other film funds do not and will not require market capitalization to this extent. I expect the formation of several Indian and Asian based funds with more modest capitalization ranging from US$35 million to US$80million in the near term provided economic conditions do not seriously deteriorate.