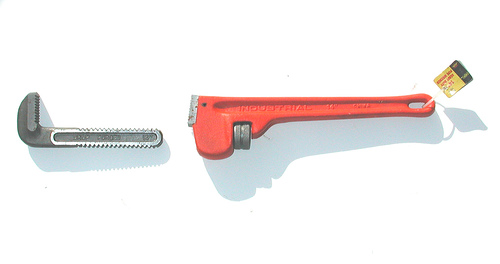 Despite all of the self-help books preaching the contrary, people have a hard time living outside the moment. So, it’s difficult for them, let alone a whole industry to shake the mindset that the current ecology of the business will continue to be bleak forever. But this sour economy is just a part of a normal business cycle which will pass.

If we’re willing to wait. And survive while we’re waiting.

Will the business be the same? I doubt it. It will be continue to evolve as it always has in the film business. A decade ago, insurance-backed financing was all the rage. Then came sale-lease back deals from the UK, investment from German film funds and most recently, private equity and hedge fund financing. Those were good times. Good times.

However, dramatic, paradigm shifting change – the kind of change required to modify an outmoded, global business model created decades ago and move entrenched players with special interests – requires what Nassim Taleb calls a Black Swan event. Like a rare black swan, nothing less than an impropable sequence of events like limited access to credit, labor unrest, rampant piracy, the rise of the Internet and the collapse of distribution windows and the pre-sales market can bring about meaningful change to this business.

Even so, the fundamentals of the film business remain. People like good movies, especially those with good stories and high production values. And there remain untapped distribution channels in emerging markets and emerging technologies. Where there’s a demand for something, there will always be a business.

Bill Mechanic, a key player in the studio world and now, the independent movie business put it best in his keynote at the IFTA’s annual Producer’s Conference back in September:

The independent world, which should be aiming to do things better and different from the studios, doesn’t have that as a mandate at all. If anything, the only thing that independent distributors and financiers look for is the same. Maybe costing a little less than the majors, but they want what the studios want, or in Fight Club-speak, they want copies of a copy.

In that way, Hollywood in the broadest sense of the word is much like Detroit. It’s a manufacturer’s mentality that reigns, seemingly indifferent to the consumers it serves. Ignore whether the consumer likes our product as long as they buy it.

The next 2-3 years will be even worse, not because of the flood of new releases, since that is already abating, but rather due to the effect the over saturation has had combined with the economic downturn. New money is going to be hard, if not impossible to find. Ad sales are down, so TV networks around the world, other than cable, aren’t buying. Add in a confused video market, and it’s going to be tough. To my mind, the next few years will be about survival.

. . . [A]lot of waste is going to be cleared from the marketplace. Excess product will go away, the people who don’t take the business seriously will go away. Hopefully those who make crummy movies will also go away, but that may just be a personal wish.

[The film business] is a game for winners. And those who win today will win to an even greater extent than at almost any point in the past. . . . Those who will win will be smart about what they make and how they sell their films. They will hopefully make good films but perhaps even more key they will make unique films that stand out, which means they will not have to compete against the bulk of the films for talent. They won’t look like all the other films so they won’t have to spend as much money marketing them.

It’s not that the buyers aren’t there. Consumers, TV outlets, retailers and, yes, even pirates want what works. Don’t believe me? Ask Summit about Twilight. Ask Searchlight about Slumdog Millionaire. Ask Screen Gems about District 9. Ask Focus about Coraline.

The takeaway? To get through this down period, be good, be different and as Tim Gunn says, make it work!