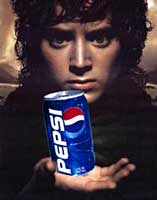 The Los Angeles Times and Tim Swanson’s blog reported earlier this month about Inferno Distribution’s recent financing of “The Women” starring Annette Benning, Meg Ryan, Eva Mendes, Jada Pinkett Smith and Candice Bergen. I’ve worked with Bill and Jim at Inferno before, and they can be very resourceful when it comes to financing their pictures.

Inferno financed about $3 million of a reported $15 million budget with an advertiser buy-in from Unilever/Dove. In exchange, Dove will share in profits at cash break-even on the negative cost of the picture (presumably, with some fees payable to Inferno and distributors off the top).

Similarly, Gatorade reportedly invested about $3 million in “Gracie,” a picture about girls soccer, making it possible for the producer to acquire an additional $7 million in financing from a hedge fund. In a deal that apparently proves that producing credits are the coin of the realm – even outside the entertainment business – Gatorade execs received three producing credits in exchange for Gatorade’s investment but neither they nor Gatorade are entitled to receive any back end.

Swanson’s blog reported that neither company demanded product placement for their investment though apparently both advertisers will receive it anyway. The girls in “Gracie” reportedly drink Gatorade on screen. Diane English, director of “The Women” is quoted in both pieces as looking for ways to incorporate the Dove brand “seamlessly.” (Funny, doesn’t the placement of product in the picture make these deals run of the mill product placement deals?) In both “Gracie” and “The Women,” advertisers are leveraging content that reflects well on their product or ties in a like-minded demographic audience to their product with the picture. Given advertising budgets in the hundreds of millions (billions?) of dollars, an investment in an smaller budgeted, independent picture is a drop in the bucket for many advertisers.

Product placement and sponsorship are nothing new to the entertainment business and have been around even longer than motion pictures. What is new, is advertiser focus on smaller, independent pictures. Still, this seems to be more flash than substance since there is no business bang from advertiser investment in pictures without significant domestic (read: theatrical) distribution. In other words, independent producers without distribution (aka consumer reach) need not apply.