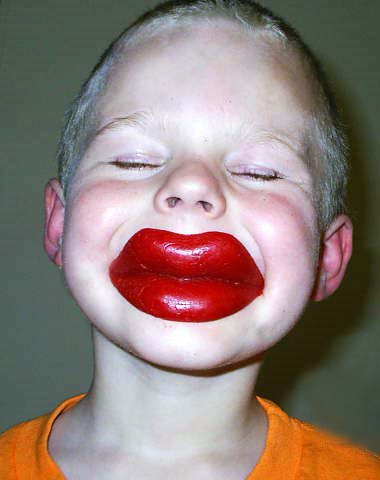 Back in the 80’s, MTV was cutting edge. To many of us growing up back then, music videos were as much a part of the soundtrack to our lives as the music itself.

Inspired, my high school class produced its own music video; a lip syncing production of Devo’s We’re Through Being Cool which was seen by less than a thousand people at my school’s annual musical revue. [Note to Roslyn High alums, please send me a copy and I will post it here!]. Today, kids produce lip dubs in just a few hours and mass distribute them to millions worldwide through viral video websites like YouTube.

Here’s a lip dub of I Gotta Feeling by The Black Eyed Peas. A couple of kids from the University of Quebec, Montreal (UQAM) shot this video with 172 students in one take and one rehearsal.

Here’s “the making of” video of the UQAM lip dub [Subsequently blocked by UMG. I can’t figure why of the two, Universal Music Group chose to block the “making of” footage and not the lip dub itself. Updated: January 21, 2012]:

Of course, lip dubbing raises all sorts of legal issues concerning copyright, fair use and commercial exploitation of works owned by others. Apparently, the students didn’t clear the music though I suspect the cost of doing so would have been prohibitive.

So are mass distributed, viral lip dubs bad or good for the music business? The band? Do they cut into or promote market share? Do they dilute the promotional power of the band? [Ed. Note: Don’t ask me about this last one. I hear this argument from label reps every time I negotiate with them.]

With over 3 million hits on YouTube and publicity from news outlets and blogs like this one, The Black Eyed Peas could never have garnered that kind of exposure on their own. YouTube’s Audio ID program can link lip dubs and other user generated content on its website to online buyers of the band’s music. That kind of Internet exploitation should be music to the industry’s ears.

[UPDATE: January 18, 2010:] As reported on The Trademark Blog, Capitol Records sued Vimeo in Federal Court on December 10, 2009 for copyright infringement from the site’s exploitation of lip dubs.

According to The Trademark Blog, Capitol needs to persuade the Court not to follow Io Group v. Veoh or UMG v. Veoh. These cases held that file sharing services like Vimeo are not liable for the creative (and arguably infringing) activities of their users.

As I wrote earlier, the music industry needs to have an honest and public discussion about whether such uses actually promote or dilute the value of their works. So far, I haven’t seen any proof one way or the other. In the end, it might not matter. People will continue to find creative and novel ways to exploit existing works despite the risks. It’s incumbent on the music industry to figure out a way to squeeze some profit for themselves out of that.