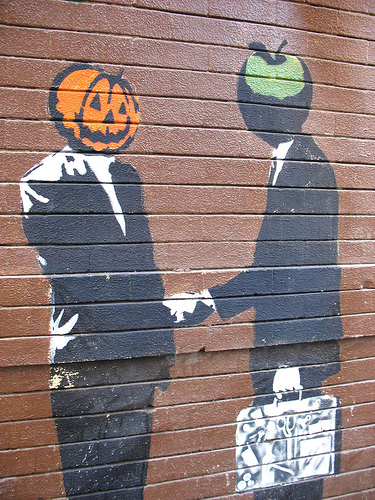 [Ed. Note: This is a reprint of my 10/31/09 post.] Last year, procrastination got the best of me and by the time I got around to the annual pumpkin purchase on October 30th, the supermarkets were out of all but the most damaged pumpkins. I was left with no alternative than to deal with the local Pumpkin Patch Guy (a/k/a the Christmas Tree Lot Guy).

Some might say I was merely on the wrong side of supply and demand. But sitting on his throne of hay bales, Pumpkin Patch Guy went beyond aggressive deal making. He was ripping me off.

I should of walked away but it was late and the kids were tired. Feeling like a rube, I pulled out my wallet and gave him forty bucks for a couple of sad looking pumpkins plus another ten for the carving kit. This year, I got smart and didn’t go back. I planned ahead and procured my pumpkins at a substantial discount.

Like Pumpkin Patch Guy, a rep has a fiduciary duty to maximize value. But does that always result in doing what’s best for the client? Maybe so if it’s about short term value (it’s about the upfront money, stupid!).

But what about over the long term? Pumpkin Patch Guy lost me as a repeat customer by gouging me simply because he could.

Effective negotiation and deal making often require more than selling to the highest bidder. In many cases, the parties involved have to be able to work together over the long haul (e.g., SAG and the AMPTP).

Good will and occasional restraint by the stronger party can go a long way to salve the pain of accepting unpopular deal points by the weaker player. You’re not looking for a love fest here; merely a path towards building trust over subsequent negotiations.

Pumpkin Patch Guy might have earned my continued business if he’d thrown in the carving kit or a coupon for future discounts; something, anything to make me feel better about being gouged. SAG and the studios might have been able to change the discordant tone of their negotiations by simply finding more common ground through the exchange of ego nickels. Now, months after SAG sealed its deal with the studios, there continues to be profound polarization between the two camps and their supporters.

Does negotiating an arguably more fair deal really create momentum and good will for the next or does it betray weakness in your position? Does aggressive negotiation help, hinder or have no effect on the next deal? Whatever your approach, it pays to consider whose ox is ultimately getting gourd.

[Update: Whether it was the recession or bad business practices, Pumpkin Patch Guy was replaced by Pumpkin Patch Guy 2.0.
This year’s pumpkin purchase went without a hitch.
They even threw in the carving kit!] 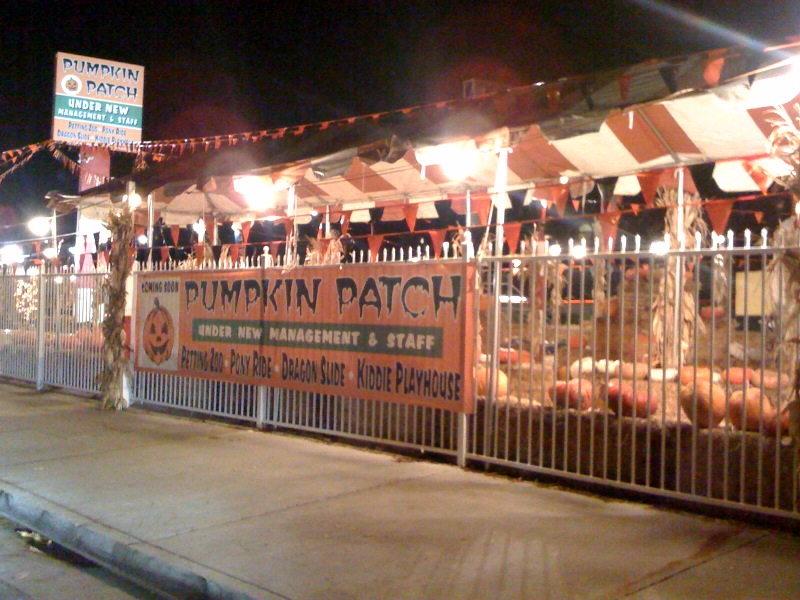